As the two sat on top of Lugia. One of the two, Gou; A blue eyed boy who couldn't help but stare into the rich dark brown eyes of the other boy next to him. The other boy know as Ash, was oblivious to the soft but warm smile Gou had. Gou scooted his body closer to Ash, so that they sat side by side.

Gou leaned back and closed his eyes, remembering the first time they met. Ash's raven black hair swaying in the wind. Lugia grazing it's wings along sparkling water. The sudden warning from Ash as they dived into the water. aquatic pokémon swimming around so calm and freely. Lugia splitting the water freeing them from the beauty of the deep sea. The fields of flowing grass in which pokémon sprawl out and bask. the sun as it warmed his and Ash's face, making Ash's eyes so much harder not to get lost in. Not forgetting the abrupt thud and departure from Lugia. Then them finding they were in a unrecognized plain.

Suddenly Gou is brought back to reality when he feels a arm rest on his shoulder, and raven hair brush lightly against his face. As Gou processed the moment he was brought back to, he felt his face get a little warmer. Gou glances over at Ash finding him staring out to the clouds, having a far off look in his eyes. The pair look out to the sky, calmed by the faint noise of Lugias wings that glide them through the sky. Seconds later Gou feels movement from the ravenette, peeking up to see Ash's head laying on his shoulder. The action Making the boy blush, caused him to think. During the time they have spent together, Ash never failed to captivate Gou, weather it be a impressive feat or just something minuscule like taking in some sun. He was a sight to behold. One that made him question things and to enjoy the simpler things sometimes.

As Gou thought more, the more he became open to the idea. An idea a while back he would have never considered. Just maybe... Under the blue eyed boys breath, he mumbles a slight "I- I think I love y-you." thinking the other wouldn't hear his rambling.

Ash's eyes open with a look not recognized by Gou. Ash lets out a small "Gou?" and changes position so he's facing his Lugia riding companion.

Gou shrunk as Ash looked at him with a surprised look to his face. Gou couldn't handle looking at ash's face now that he new. Especially because he only just realized and slightly come to terms with that fact. As the ravenette reached out, Gou flinched and moved farther back. Gou looked out once more just to see ash's reaction, and he was surprised to see that he looked slightly hurt, when mere seconds ago he was in slight state of shock. As Gou looked on, confused by ash's emotions. Ash starts to talk only for his breath to hitch. Gou feels a pang of guilt hit him as he see Ash's face filled with all different emotions. Sadness, fear, pain, confusion, guilt. Gou didn't like seeing ash so lost, it just wasn't him. The eccentric, kinda oblivious boy filled with undying joy was missing.

So he slowly reached his arms out, and wrapped ash up in a hug trying to ease him. Try to help him say what he needs to say. Gou wasn't sure what to expect, if he was going to be rejected, Excepted? Was Ash going to need time to think it over? Maybe he would ghost him. Gou was lost in thought worried about the outcome of the scene playing out, would it be the o-so happy ending that played out in almost every fairy tale, or the not so happy rejection filled sob fest.

Ash buried his face into Gou's shoulder, mumbling out a faint " Me too.." almost to quiet to hear.

Ash felt Gou's grip tighten and light wet spots form on his shirt, followed by light hiccupping. Gou pulled away letting Ash out of his vice grip, looking up to him with teary eyes. Putting a hand forward; Ash wiped away the tears that ran down his face, then cupping it softly. Both boys leaned closer and closer. Both being cautious because of the previous scene. Soon they were centimeters away from each others lips, feeling their light breath dance along their faces. They leaned in and soon two soft pairs of lips met and sent a light shiver down their spine. The kiss didn't last for long but the effects surely would.

As they pulled away from each other, they stayed contently looking each other in they eyes; getting lost in pools of bright baby blue and deep dark brow. Only to seconds late shift focus on Lugia, who they promptly forgot about in the whole moment; As it let out a gurgling howl of approval. The two boys faces heat up from the little audience they had, because besides Lugia, Pikachu and Scorbunny also saw the whole fiasco go down. Pikachu was nodding it's head while clapping with it's paws, while Scorbunny seemed to have froze in a pose of questioning shock. Ash laughs at this and shakes Scorbunny out of it while putting an arm around Gou's waist. Although blushing madly at the action, they all get a kick out of Scorbunnys confused retorts to Ash after shaking it, even getting a bellow from Lugia.

All while riding of above the shimmering waters as the sun sets for the day. Setting the stage for a perfect end. 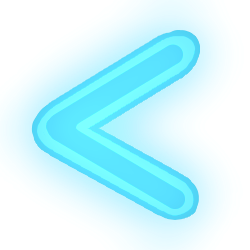